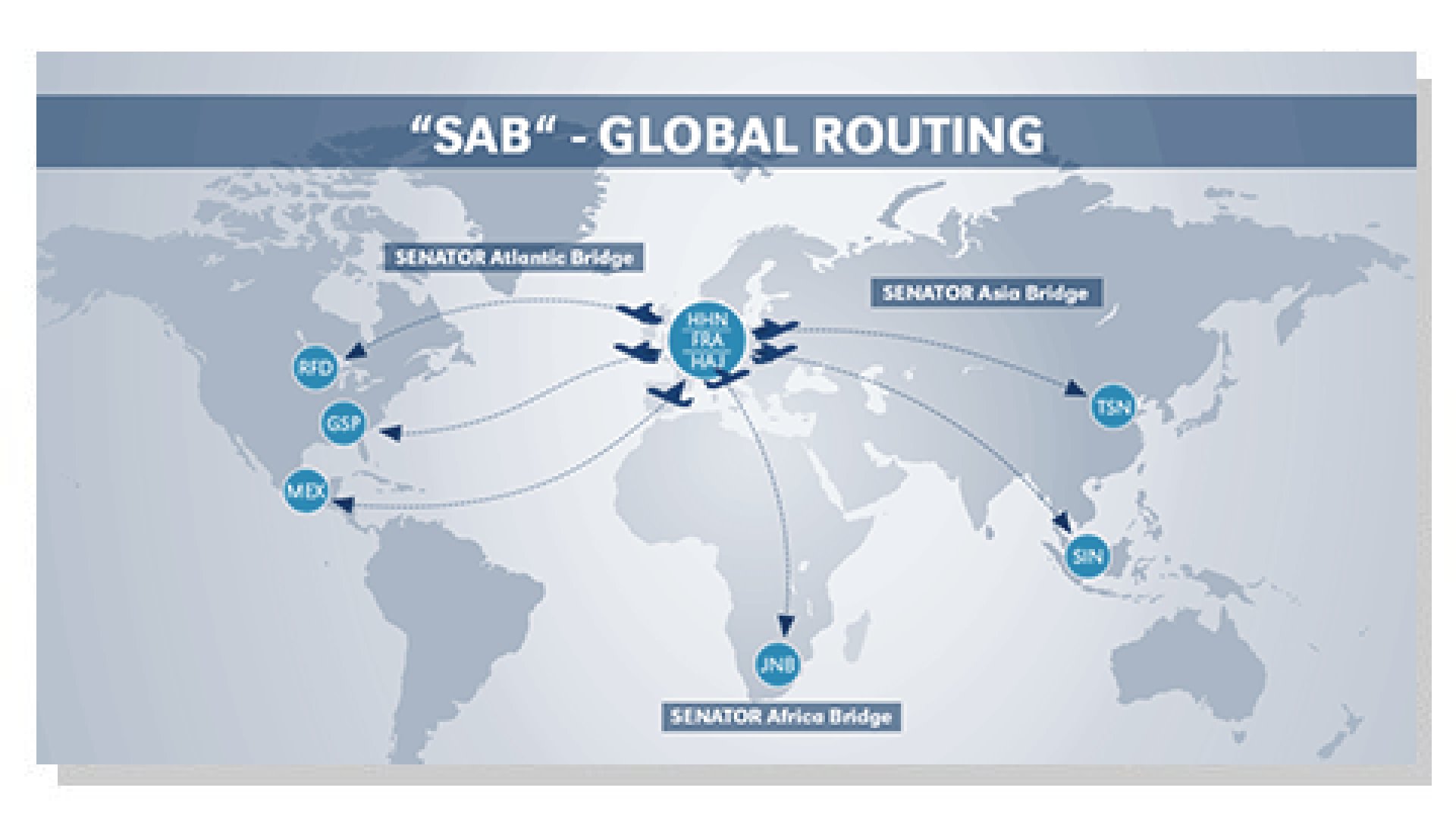 Capacity bottlenecks continue to dominate the global market situation. And the peak season is yet to come. According to the Seabury analysis tool, air cargo capacity on the transatlantic route alone is down 10% between Aug. 23rd and Sept. 5th, 2021, compared to the same period in 2019. Meaning rates could continue to rise. The situation at China's airports is having a noticeable impact on global routes. Further, Shanghai-Pudong (PVG) and other airports are struggling with significant ground handling delays. Staffing shortages due to the Chinese authorities tough COVID restrictions remain.

SENATOR INTERNATIONAL continues to expand its range of services and responds to the shortage with special measures: as of September 2021, "SAB" SENATOR Atlantic Bridge operations will be increased to 7 flights per week between Frankfurt[1]Hahn (HHN) and Greenville[1]Spartanburg (GSP) and 3 flights between Frankfurt-Hahn (HHN) and Chicago-Rockford (RFD). Due to the situation in China, the "SAB" SENATOR Asia Bridge will also be expanded: 2 charter flights per week will operate between Tianjin (TSN) and Hanover (HAJ). Thus, China will be directly connected to the global "SAB" network. The new service will run until the end of the year.

The situation remains tense. For export from Europe to Asia, rates are high, free places and equipment remain scarce. In general, many Asian ports continue to be overloaded. Typhoon Chanthu is battering the Chinese east coast. Authorities in Shanghai and the neighboring coastal region have cancelled flights, closed schools and suspended trains. Concrete effects on shipping traffic are not yet foreseeable. As a result of the congestion in Asia, transhipment services to Australia/New Zealand are fully booked or no longer offered. Accordingly, demand for direct services to Oceania is very high. Effective immediately, shipping line CMA CGM will not further increase spot rates until February 1, 2022. This affects all services of the group: CMA CGM, CNC, Mercosul, ANL and APL. This is to provide customers with more stability and more reliable planning. For exports from Europe to North America and Mexico, congested ports in the USA remain a core problem. Especially the West Coast: According to current reports, almost 70 (!) ships are waiting for a free berth off Los Angeles / Long Beach. At the same time, demand in the USA is increasing. Overall, the capacity situation in the direction of North America and Mexico is consistently tight. Prices continue to rise. The same applies to South America: high demand, especially for the West Coast. Rates at a high level.

Recently, high sea freight rates have attracted many customers to the rail link between Asia and Europe. The question: Will this boom end when the situation in ocean freight stabilizes again? This was the topic of the "RailFreight Summit Poland" conference. The two possible scenarios discussed there reinforce the importance of the New Silk Road. Provided that the Chinese government continues to invest in rail transport, the market is unlikely to change much, also thanks to stable demand. In terms of cost, rail transport would still have an advantage over ocean freight. The other possibility: if China continues to reduce its subsidies, the New Silk Road would be used in particular for high-value goods. These are particularly suitable for rail transport (source: railfreight.com).

Worldwide, bottlenecks in semiconductors in the automotive industry are creating challenges in logistics. During the Corona crisis, demand for corresponding products with semiconductor assembly (smartphones, tablets, game consoles, etc.) has risen massively. Production downtimes at car manufacturers are the result. The result: very high utilization of warehouse capacities and low purchase volumes. Free warehouse space is almost impossible to find. Irregularities and poorer plannability of supply chains have to be taken into account for the time being.

Pro-Bolsonaro demonstrations are occurring throughout the country in anticipation of the 2022 elections. The tensions also affect the economy and cause instability. For Air Freight, the situation remains as before: hardly any free seats, high rates. There is an urgent need to plan ahead, especially for exports. For Ocean Freight, too, the discrepancy between demand and available capacity is crucial. Forecasts do not predict any improvement for 2022. Here, too, planning should be done in advance, especially for exports to the neighboring Latin American region (LATAM).

At Hongkong Airport (HKG), delays must currently be expected for cargo traffic. Background: a lot of cargo from the rest of China is diverted to HKG due to general bottlenecks. This poses major challenges for handling in HKG. A ranking by the Economist Intelligence Unit (EIU) forecasting service sees Hangzhou at the top of the list of Chinese cities with the greatest growth potential. The capital of China's Zhejiang province is home to e-commerce giant Alibaba. It is followed in the rankings by the cities of Shenzhen, Guangzhou and Shanghai (source: scmp.com).

In Air Freight, the "SAB" SENATOR Atlantic Bridge provides relief on the transatlantic route with the flight from Frankfurt (FRA) to Mexico City (MEX). On the routes to and from the USA and Canada, capacities return to pre-COVID levels.

In Ocean Freight between China and Mexico, rates continue to rise. Free slots are scarce. On the transatlantic trade from Europe to Mexico, SENATOR's LCL option offers an excellent solution.

Specifically, there are connections from Hamburg to Altamira and Veracruz respectively.

The Corona crisis continues to grip South Africa despite declining numbers of new infections. To date, only 15 million people have been partially or fully vaccinated. This trend is well below the government's plans. According to these plans, 40 million people are to be vaccinated by the end of the year.

Road traffic jams from South Africa to neighboring countries are persistent, depending on the border crossing. Significant delays are still to be expected, particularly at the Beitbridge border with Zimbabwe. Last weekend, there were attacks on trucks here that attempted to overtake the traffic jam on their own authority.

The U.S. government's new COVID vaccination rules could have a huge impact on truck traffic in  the country. Under the rule, employers with more than 100 employees must ensure that all employees are vaccinated or, alternatively, conduct weekly testing. This could result in further bottlenecks. Industry experts predict another shortage of available truck capacity (source: theloadstar.com). 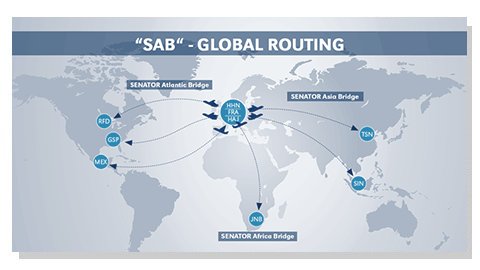